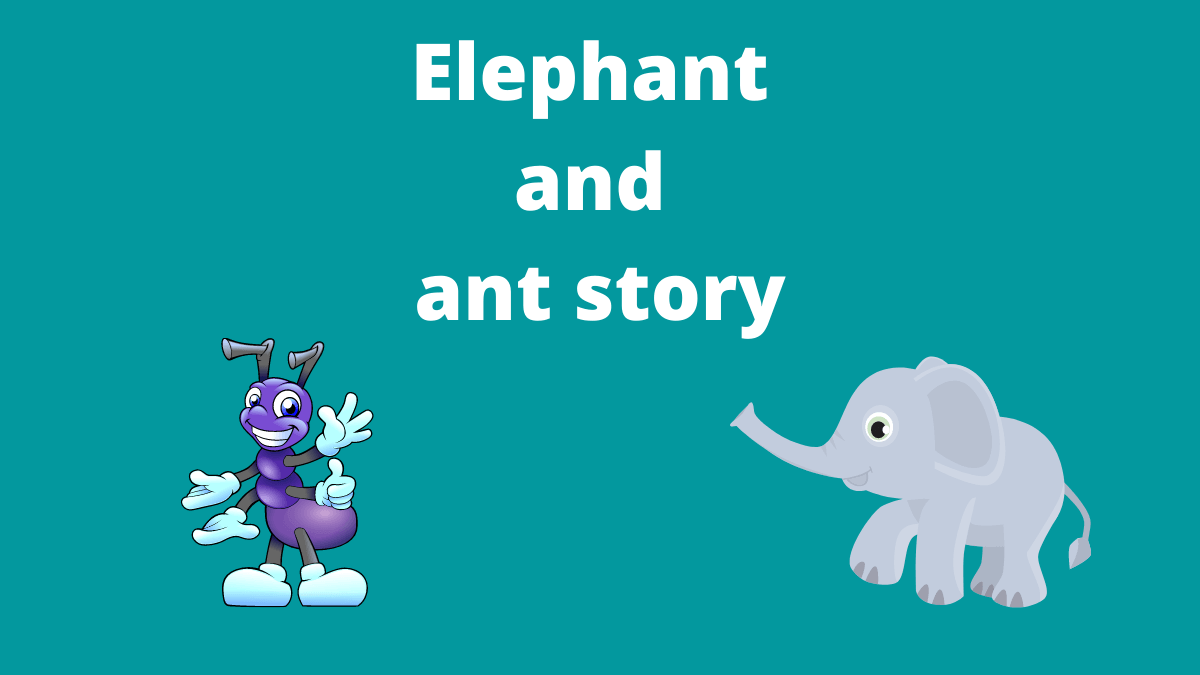 This is the famous Elephant and Ant Story for kids in English with moral.

There was once upon a time a vast, green forest. There were many wild animals living in this jungle. In this jungle, there lived a massive elephant who became enraged about minor concerns and misjudged all other small animals. He was continually trying something to flaunt his physical prowess.

A small ant family dwelt inside the deep pole. They would go looking for food every morning. They’d run into the elephant on their way. The elephant was mischievous and boasted about his massive bulk. He was always bothering the forest’s little animals.

When the ant family went to work one day, the elephant splashed them with water from his trunk. “Ouch! One of the ants exclaimed, “You shouldn’t hurt others like this!” “Oh, you foolish ant!” exclaimed the elephant angrily. If you don’t keep quiet, I’ll crush you to death.” Despite the fact that the unfortunate ant remained silent, she resolved to teach the arrogant elephant a lesson.

The ant slipped into the elephant’s trunk and began biting him gradually. The elephant grew agitated. He attempted to remove the ant from his trunk, but it refused to come out. He was such a large beast, but he couldn’t get the small ant out. The elephant screamed in pain, but the ant continued to bite him.

The elephant began to cry and apologized to the ant. “This is how it feels when you injure others!” stated the ant. The ant felt sorry for the elephant and emerged from his trunk. The elephant was in a good mood. That is how the elephant learned his life lesson. From that day forward, he never bothered another animal.

Moral of the elephant and ant story

elephant and the ant story moral is Never underestimated anyone and hurt anyone.