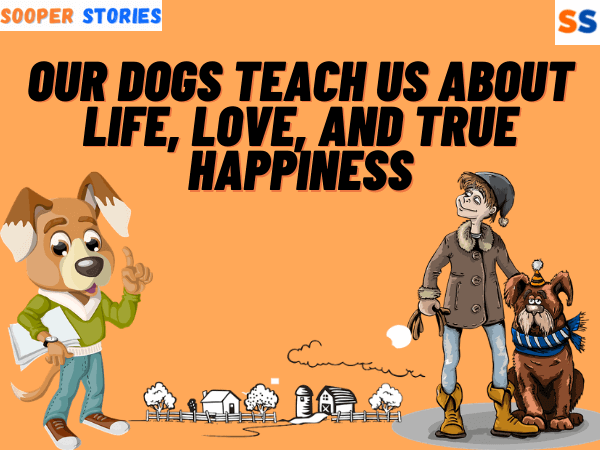 Our dogs teach us about life, love, and true happiness, read our full story to know more. Every day we come up with some short moral stories for kids to enjoy the storyline while also learning a lesson.

There was a nice playground in a small town. Many families lived in this playground. The children of the families have fun with each other every day and play many games.

Victor, a boy living near the playground, had a cool dog. He named dog Zorro. Zorro was a very clever dog. There was a tremendous friendship between Victor and Zorro.

Zorro was very hard on the other boys in his family because it did not give them the same respect as their pet dogs. Roman and Peter, who lived in the same bean as Victor, were friends with Victor, but they hated Zorro. It is also true that the believers are harassing him when he is not present at home.

One day in the playground, Peter’s pet dog Rocky and Zorro had a fight for some reason. The quarrel between the two dogs reached the family of Peter and Victor.

Daily smiling and playful atmosphere in village ground were shattered. Now instead of playing with the children, they started playing in their own group. We started planning how to tease each other.

Fighting escalated as they played, as their focus was more on lowering the opposing team than on playing. Victor annoyed Peter’s dog and Peter annoyed Victor’s dog. This went on for many days.

Once upon a time on Sunday all the children were playing in the field. Their dogs were also there. Out of nowhere came an unfamiliar dog. Zorro stared at him as soon as he grabbed him. As soon as the unidentified dog attacked Zorro, Peter’s dog and Roman’s dog both ran away and crashed on the unknown dog.

In a short time, almost all the dogs in the whole area surrounded the unfamiliar dog.

Peter, Roman, Victor, and all the other children were watching the whole fight. roman’s dog rescued Zorro and chased the unidentified dog away.

Peter’s dog was licking the wound of the injured Zorro. Victor and Peter were very ashamed to see this.

After a while, Zorro got up and started barking and playing with the rest of the dogs. The rift caused by the dogs was filled by a sudden incident and the two gangs started playing together and saying sorry to each other.

Moral of the story:

Pets teach us love, not hatred.

If you loved these short moral stories, don’t forget to share it with your friends. Thanks for reading!

We hope your kid liked these short yet interesting stories with morals that we have read growing up!

There are more and more stories with morals.

Drop a comment below with your favorite Short Moral Stories For your child and you enjoy reading.

4 thoughts on “Our dogs teach us about life, love, and true happiness | short moral stories for kids”