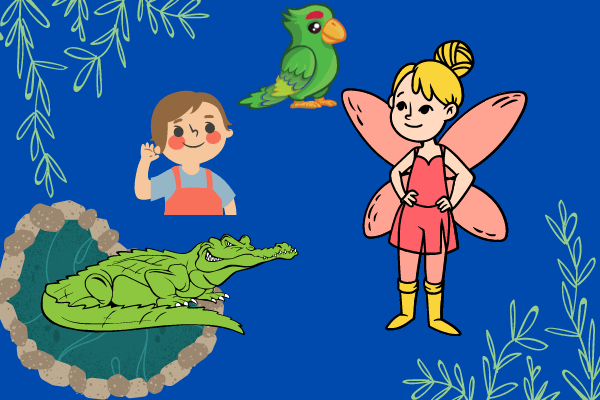 Once upon a time, a boy lived in a small village. His name was Max.

One day max and his friends were planning to go play near the village pond one day. Max told all the friends to hurry up to the pond because if we arrive late, we won’t have much time to play.

After walking for 15 to 20 minutes they all reached the pond. As soon as the pond came near, all the friends started feeling the cool cold air.

After playing for a while, all the friends came to the banks of the pond.

After a lot of playing in the pond, Max and his friends were very hungry. Max and all his friends brought food from their respective homes.

While all the friends were eating, then one of his friends Tom lost his tooth. Due to the loss of his teeth, blood started coming out of his mouth. Tom got very scared and started crying. Seeing Tom crying, Max and his other friends started pacifying Tom.

max said tom you are not sad. Do you know? The one who loses the teeth of the children, his new teeth also come and in return, he gets a big gift.

Tom said, how is that?

Max said, look, my mother used to tell me, the children whose teeth fall out, a Fairy comes to them and gives them a big gift. Max said that I had also lost two teeth, so the Fairy had given me two gifts too.

Max said, Tom, you have only lost one tooth and you started crying. I am waiting for my other teeth to fall out. Because only after that my new teeth will come and the Fairy will also give me gifts.

Tom was happy to hear this and said, Max, if you are telling the truth, then call that Fairy now.
I also see in Tom Bola whether the Fairy comes and gives me gifts or not.

Max gave a voice to Fairy and said Fairy …. oh little Fairy …. Come over here and my friend’s tooth has fallen out, give him a big gift too.

There the Fairy did not come but Max’s friend Parrot came there.

The parrot said, Max now that Fairy will never come because that Fairy was picked up by a crocodile living in this pond.

And the crocodile also took that Fairy‘s magic star stick with him. That’s why she doesn’t even have a magic starstick, so she can’t do magic anymore. The crocodile living in the pond is very big and also very powerful, so no one can go to save him.

Max said to his friend Popat, don’t you worry, I will save Fairy now. Max put some food kept with him in the water, then the crocodile came a little out of the water to eat the food.

Max called the crocodile near and said, how are you, crocodile brother. Do you like my food?

The crocodile said, yes, I liked your food very much. But it was too little, I should have eaten more.

Max said I have no more food.

The crocodile said give me food or else you will take me away.

Max said I had a lot of food, but all that food was in a bag, and that bag has fallen in the pond.

Crocodile brother, take me inside the pond, then we can get that bag and I will give you a lot of food.

Max saw there that the Fairy was imprisoned in a box. And a short distance away from there was the fairy’s magical starstick.

Max very cleverly told the crocodile that maybe the food bag is there, by doing this Max somehow kept that magical star stick with him.

Then Max did magic with the magic star stick and before the crocodile could think of anything, he took the imprisoned Fairy out of that box.

Then Pari captured the crocodile with her magical power and Max and Fairy got out of the pond.

All the friends of Max were very happy to see Max and Fairy safe and sound.

The fairy then gave many gifts to Max and all his friends.

If you like this type of Free bedtime story or fairy tale, then share it with your friends. we have also 5 min bedtime stories you can check them below.